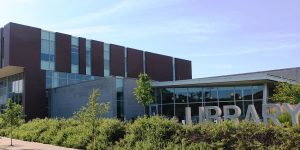 The population data included in the IPLAR dataset is sourced from the 2010 Census (and the recent Mahomet Special Census, for Mahomet’s 2018 data). To be consistent with the data source, we have also calculated the percentage of residents with library cards based on the number of cardholders divided by the total 2010 Census population. As the population in most of the areas analyzed is estimated to have risen (e.g., ACS population estimates from more recent years are greater than the 2010 Census counts), the participation percentages reflected in the table and analysis above may be slightly lower if calculated using more recent estimates.