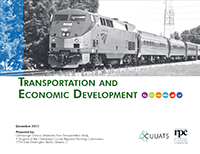 The purpose of this initiative was to identify existing economic development goals in the Champaign-Urbana Urbanized Area that can be supported by transportation planning, policy, and infrastructure improvements. This study was carried out by CUUATS staff as part of the LRTP 2040 between 2012 and 2015. Although the LRTP 2040 was approved in December 2014, this is a separate document that was not finalized and approved until December 2015. The content in this document will be revised and updated as a chapter of the LRTP in the future. 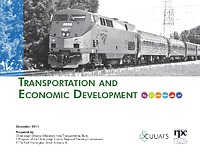